Divorce is a stressful change in the family dynamic, and no family member feels the upheaval more than a child. When children are involved in a divorce, you as a parent want what’s best for them. You want to minimize disruption while maximizing the amount of quality time you spend with your child(ren).

At Karpenski & Schmelkin, Divorce and Family Law Attorneys, all of your questions about custody during the divorce process, maximize your time with your children and help you navigate any conflicts that may arise with your partner over custody issues will be answered.

The standard used by the court in a child custody case is the child’s best interest and promotion of the health and welfare of the minor child(ren). Under Massachusetts Child Custody laws, there are two types of custody; legal custody and physical custody. 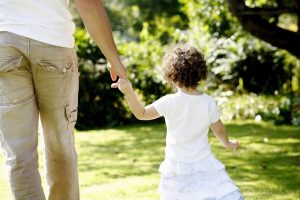 “Joint custody is synonymous with joint decision making and a common desire to promote the children’s best interests. . .. Although complete agreement between parents to implement joint custody may not be necessary, in order to be effective ‘joint custody requires two capable parents with some degree of respect for one another’s abilities as parents, together with a willingness and ability to work together to reach results on major decisions in a manner similar to the way married couples make decisions.’”

Even in cases where one parent is awarded sole custody, the other parent typically is still given the right to have contact with any and all teachers, educators, or schools involved with providing services to the child, including the right to attend and participate in any school function or communicate directly with school or teachers and to receive copies of the child’s grade and progress reports from his school, and the right to speak to any physician, dentist, optometrist, counselor, or other medical or related service provider who is providing services to the child.

When the Court is making a determination on physical custody and creating a parenting plan schedule, some of the factors the Court will consider are:

Our child custody lawyers help with the following services (including but not limited to):

Child Custody is not always as straightforward as you would think. The team at Karpenski & Schmelkin has years of experience in family law and helping clients resolve child custody issues, no matter how complicated they may seem. During this emotionally charged time, you need a law firm that has experience handling child custody issues, that has your best interests at the forefront and treats you as an individual.

Contact Karpenski & Schmelkin to schedule a consultation and answer any questions you may have about child custody.