Are There Different Types of Alimony? 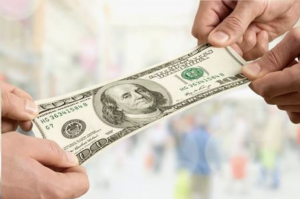 Although most couples enter into marriage assuming the relationship will have longevity, sometimes that just isn’t the case. It is often the case in marriages that one spouse is more financially dependent on the other.

Alimony is court-ordered support paid by one spouse to the other for a period of time after a divorce. Alimony is meant to provide spousal support to a spouse that has a need for support as long as the payer spouse has an ability to pay

There are various types of alimony in Massachusetts:

Prior to the Alimony Reform Act (ARA) in 2011, Massachusetts law allowed for alimony awards without any time limits.  The ARA introduced types and limits to alimony orders and judgments.  There are four types of alimony:

“Rehabilitative” alimony can end early if either spouse passes away, the recipient spouse remarries, or a certain event is initiated as mentioned in the divorce judgment. Under certain circumstances, rehabilitative alimony may be modified.

The judge awards “reimbursement” alimony to compensate a former spouse for time, support, and resources invested into the other spouse during the marriage for financial stability. This could be a lump sum award or regular monthly maintenance.

Although “reimbursement” alimony can last any length of time, it is usually awarded for a finite period. Reimbursement alimony cannot be modified.

There are several types of alimony awards available and you need to know which one is right for you. For exceptional assistance with any aspect of your divorce or family law matter, contact the knowledgeable and experienced attorneys at Karpenski & Schmelkin, Divorce and Family Law Attorneys for more information.