Under What Circumstances Can a Divorce Settlement Be Modified? 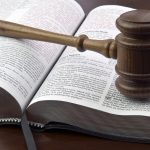 Final Orders in a Divorce

What Can Be Modified?

Although modifications after a divorce are common, there are aspects of a settlement agreement that cannot typically be modified. Anything relating to the division of marital property, for example, cannot be modified once the divorce is final absent a showing of fraud or other serious misconduct that occurred during the divorce process. Things that can be modified include things such as child support, terms of the Parenting Plan, and alimony.

When Can a Divorce Settlement Be Modified?

The court will ultimately determine what constitutes a “material change in circumstances” when asked to modify a settlement agreement; however, some common examples of circumstances that might qualify when seeking modification of alimony, child support, and/or the terms of a Parenting Plan include:

Note that when a decrease in income is used to show a material change in circumstances, the court will look carefully at what caused that decrease in income. For example, if the party paying child support was laid off through no fault of his/her own, the court would likely take that into consideration when reviewing a request to modify child support. Conversely, if a party receiving alimony quits a job without a good reason, a judge would not likely consider that sufficient cause to approve a request for an increase in alimony.

How Is a Divorce Settlement Modified?

To request a modification of a divorce settlement agreement, you must file a Complaint for Modification with the appropriate court. The other party must be served with that Complaint and is entitled to oppose the request by filing an Answer with the court. If the modification involves minor children, MGL c. 208, § 28A authorizes the court to make “temporary orders relative to the care, custody and maintenance of such children.” Such temporary orders will remain in place until the court makes a final determination regarding the modification request.

If there are circumstances that you feel warrant a modification of your divorce settlement, contact an experienced attorney who can properly advise you of the options. The attorneys at Karpenski & Schmelkin have decades of combined experience handling  settlement modifications.  To set up a consultation, contact us at 508-231-5765.  We will thoroughly examine your case and discuss your options.