What Are the Grounds for Divorce in Massachusetts? 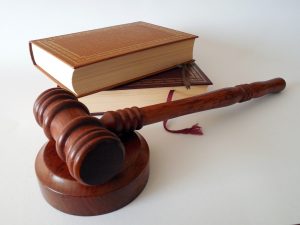 After a married couple makes the difficult decision to end the marriage, the next step is to legally dissolve the marriage by filing for divorce. One of the decisions the Petitioner (spouse filing the divorce) must make before initiating the divorce process is the grounds to be used when requesting the divorce. Although some states have eliminated fault grounds in a divorce action, Massachusetts recognizes both fault and no-fault grounds for a divorce.

To obtain a 1A divorce, both you and your spouse must agree that the marriage is irretrievably broken, and you must have reached an agreement regarding all issues involved in the divorce, including child support, parenting time, alimony, child custody, and the division of marital assets. The process for finalizing a 1A divorce is streamlined because there are no contested issues for the court to decide.

In a 1B divorce, the Petitioner alleges no-fault grounds when filing the divorce; however, the parties have not reached an agreement, meaning there are contested issues that must be resolved or decided before the divorce can be finalized. If the parties ultimately reach an agreement on all the issues, a 1B divorce can be converted to a 1A divorce.

Most of the fault grounds are self-explanatory; however, it should be noted that if “non-support” is alleged it must also be shown that your spouse had the ability to provide support but chose not to do so. In addition, if “desertion” is alleged as grounds for the divorce, you must prove that your spouse left voluntarily, without justification, and without your consent as well as that he/she had no intention of returning, and that you did not cohabit or have relations with your spouse for at least a year prior to the filing the divorce.