How Is Income Calculated in a Divorce? 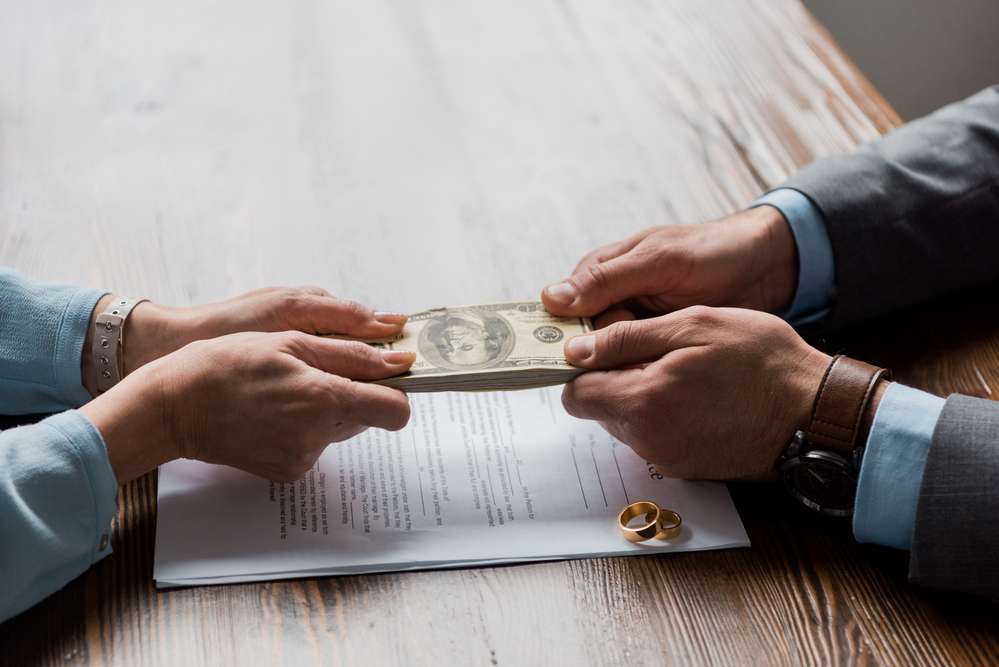 When the parents of a child decide to end their marriage, the law imposes a continuing obligation on both parents to financially support the child until he/she reaches adulthood. Because divorce often results in a significant change in financial status for both party’s post-divorce, the law also allows one party to request alimony from the other to address that inequality. Both child support and alimony are determined, at least in part, on each party’s income. How income is defined and calculated, therefore, is a crucial aspect of the divorce process.

What Counts as Income?

For the purpose of determining both child support and alimony in Massachusetts, income is defined as gross income from whatever source, regardless of whether that income is recognized by the Internal Revenue Code or reported to the Internal Revenue Service or state Department of Revenue or other taxing authority. Examples of income may include, but are not limited to, the following:

What Is Not Counted as Income?

When calculating income during a divorce in Massachusetts, certain categories of income are not counted. In general, income derived from a means-tested public assistance program is not counted. For example, income from TAFDC, SNAP, SSI benefits, and means-tested veterans benefits’ fall into this category.

One scenario that often causes confusion which can lead to disputes is when one party has a second job or earns overtime pay. There is not a hard and fast rule for either scenario; however, a court can consider income from either (or both) a secondary job and overtime pay. Typically, the court will consider how long the party has been receiving the additional income and if there is a reasonable expectation that the income will continue in the future when deciding whether to include it as income for the purpose of determining child support and/or alimony.  If a party takes on a second job or earns overtime pay in order to sustain a financial obligation, that income is not included in his/her income calculation.

If a party is self-employed or has an ownership interest in a business, that income will be included when calculating child support and/or alimony. The amount of income included will be determined by taking the gross receipts minus ordinary and necessary expenses required to produce the income.

Sometimes a party appears to have income that is undocumented or unreported. For example, a party may operate a cash business or earn income from foreign assets that are difficult to document. In that case, the court may “impute” income if sufficient evidence is presented to convince that court that the income exists.

Another issue that may arise during the course of a divorce is an unemployed or underemployed party. For example, if one party has a professional degree but is working at the local hardware store in an apparent attempt to reduce the amount of his/her income during the divorce. When the court believes that to be the case, the court can “attribute” income to the party in question. The court must be convinced that the party could earn more if reasonable efforts were made to secure a higher paying position. The court will then use potential earning capacity instead of actual income when calculating child support and/or alimony.

How Is Child Support Calculated?

Child support is calculated using the Massachusetts Child Support Guidelines. The Guidelines begin by factoring in the gross income of each parent and then subtracting recognized deductions such as the cost of childcare, health insurance premiums paid for the child, and other court-ordered support obligations. The resulting net income of both parents is then combined to arrive at the total available income. Each parent’s percentage of that total is then used to calculate the amount of child support to be ordered. For example, if Steve and Amy have one minor child and earn $1500 and $1000 per week respectively, the combined total available for their child’s support is $2500. Steve earns 60 percent of the combined total while Amy earns 40 percent. The Child Support Guidelines Chart determines how much of the parents’ combined income should be allocated to the child’s financial support and each parent pays their share. For example, if the Guidelines dictate that $488 of the $2500 should be used for the child’s support, Steve would be responsible for $293 (60 percent) and Amy $195 (40 percent). If Amy is the primary parent, Steve would be ordered to pay $293 per week in child support.

How Is Alimony Calculated?

Regardless of the type of alimony awarded, the duration of the marriage plays a significant role in determining how long alimony can be paid. For example, if the marriage lasted:

Should you be involved in a dispute with your spouse/former spouse regarding any type of support issue, you should have an attorney involved to aggressively represent your interests.